The Indianapolis Colts yesterday signed free agent linebacker Josh McNary and placed him on the team’s Reserve/Military List. McNary, who is currently commissioned in the United States Army, will finish his active duty service prior to joining the team.

“Josh had an outstanding career at West Point,” said General Manager Ryan Grigson. “His production speaks for itself, but his intangibles rival any stats. He is still fulfilling the commitment he made to serving our country, but we look forward to him wearing the horseshoe here in the near future.”

McNary, 6-0, 251 pounds, finished his career as Army’s all-time leader in sacks (28.0) and tackles for loss (49), while adding 195 tackles (117 solo), nine passes defensed, five forced fumbles and three fumble recoveries. He is the only player in school history to record two double-digit sack seasons and also holds school records for the most sacks in a single game (4.0) and a single season (12.5).

As a senior in 2010, McNary capped off his career by returning a fumble 55 yards for a touchdown in the Black Knights’ 16-14 victory over Southern Methodist University in the Bell Helicopter Armed Forces Bowl. The win gave Army its first winning season since 1996 and first postseason victory since the 1985 Peach Bowl.

Following his senior year, McNary was honored with the 2011 East-West Shrine Game Pat Tillman Award, given to the player who best exemplifies character, intelligence, sportsmanship and service. The award is about a student-athlete’s achievements and conduct, both on and off the field. Upon his graduation from West Point, McNary was commissioned as an officer in the Army, which prevented him from being selected in the 2011 NFL Draft. 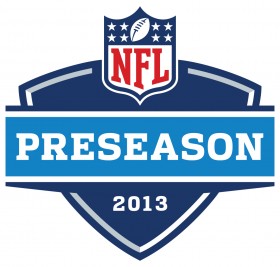 The Colts will once again be back in the national spotlight during the 2013 preseason.

Indianapolis will open up the preseason at home for the fourth consecutive season. The Buffalo Bills (6-10 in 2012) will head to Lucas Oil Stadium in Week One (8/8-8/11). The contest with the Bills is the first preseason game for the two since meeting in Toronto, Canada back during the 2010 preseason.

After an away contest with the Giants, the Colts will return home in Week Three (8-22/8-25) to take on the Cleveland Browns (5-11 in 2012). The Colts have a 5-2 preseason record all-time against the Browns and Cleveland split 2011 and 2012 road regular season matchups with Indianapolis.

The Colts finished the 2012 preseason with a 2-2 record, which was the first time Indianapolis has been at least .500 in the preseason since 2004. 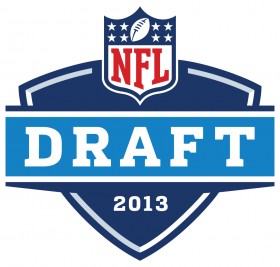 This month, the Indianapolis Colts will continue to build their roster during the NFL Draft. Fans are invited to attend the team’s official Draft Day Party, presented by New Era and sponsored in part by Bud Light, to catch all of the Draft Day coverage on Thursday, April 25, at Colts Grille in downtown Indianapolis from 7-11 p.m.

The party, which is free and open to the public, will include autograph sessions with Colts players and Cheerleaders, as well as a visit from Blue, Bud Light drink specials, a live radio remote from 1070 The Fan, Colts trivia and more. For more information, visit www.colts.com/draft.

This month fans also have the chance to win a trip to New York City to announce the Colts Fourth Round Draft Pick at the 2013 NFL Draft, compliments of the Colts and Huntington Bank. Additional details on this contest can be found below and on www.colts.com/huntington.

Presented by New Era and sponsored in part by Bud Light

–      Colts Trivia with the Opportunity to Win Prizes 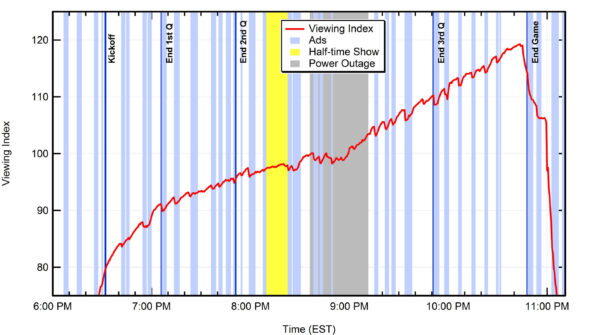 PORTLAND, Ore. — Rentrak, who precisely measures movies and TV everywhere, did an analysis of Super Bowl XLVII which includes box office information, advertising exposure levels and social media commentary, with a highlight of the affect of the third quarter blackout.

Audience levels remained stable and even grew through the 34-minute blackout, as the graph below shows, with the blackout indexing at 100 compared to the total game.

Ad exposure was nearly equal to viewership of the entire game despite the fact that many spots from major sponsors like Taco Bell premiered online prior to Sunday’s big game. According to Rentrak’s database of over 20 million televisions, the average ad delivered 94% of the audience when compared to viewership of the whole game.

The most-watched ad of the game was Samsung’s Galaxy commercial in the exciting fourth quarter with a 117 index according to Rentrak’s Ad Retention Index (ARI) which looks at the second-by-second viewing average for commercials and compared them to the entire program. The details for the ads can be found at: http://www.rentrak.com/Superbowl2013.html

The Super Bowl drew many people from movie theaters back to their homes as box office ticket sales fell by 66% from Saturday to Sunday. On a typical Sunday, the decline is only around 40%. 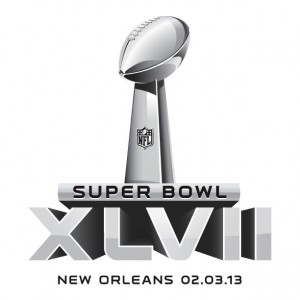 Officials from Sonoma Raceway and the Grand Prix of Baltimore presented by SRT have entered into a friendly wager over the outcome of Super Bowl XLVII between the San Francisco 49ers and the Baltimore Ravens.

The wager between the two IZOD IndyCar® Series race hosts will feature each putting up local fare. Race On, the promoter of the Grand Prix of Baltimore presented by SRT, will offer some delicious crab cakes from Maryland as well as Berger cookies from the famous bakery in East Baltimore, and Sonoma Raceway, in true wine country fashion, will offer some of Sonoma Valley’s world-class wine.

“I spent a few of my younger years in a suburb of Baltimore called Washington DC, and I know how tasty those Chesapeake Bay crabs can be,” said Steve Page, president and general manager of Sonoma Raceway. “I appreciate the generous offer and look forward to sharing those delicious crab cakes with our staff… Go Niners!”

Sonoma Raceway, located just 45 minutes from San Francisco, will root on its home team, which is looking for its sixth Super Bowl win in as many attempts.

“The biggest sporting event of the year is even more unique in 2013 with head coach Jim Harbaugh of our San Francisco 49ers versus his older brother, John Harbaugh, but the real story revolves around the players,” said Dwight Clark, former 49ers wide receiver and two-time Super Bowl champion. “Who wants to be Super Bowl Champion the most? I say it’ll be 49ers 28, Ravens 21. Go Niners!!”

The Grand Prix of Baltimore presented by SRT will back the Ravens, who won in their only visit to the Super Bowl in 2001, and will be joined in the wager by former Ravens Michael McCrary. McCrary, a two-time Pro Bowl selection and defensive standout on the Ravens team that won Super Bowl XXXV, expects his hometown team will be the one to maintain its flawless Super Bowl record.

“This is going to be a fantastic game between two exceptional teams,” said Race On Manager J.P. Grant. “I think it’s going to come down to the wire as the Harbaugh brothers and their players look for that single opportunity that will put them over the top. In the end, though, the Lombardi trophy is coming back to Charm City and the victory parade will wind its way down the front straightaway of our great street course!”

“The 49ers are a great team and an amazing organization, but the Ravens are riding an emotional high that is going to take Baltimore to another Super Bowl victory,” McCrary said. “Ray Lewis is going to celebrate his retirement with a second championship ring, and when the team returns to Baltimore, I’m going to toast their victory with a glass of fine Sonoma wine!”

The Super Bowl will take place Feb. 3, in New Orleans. 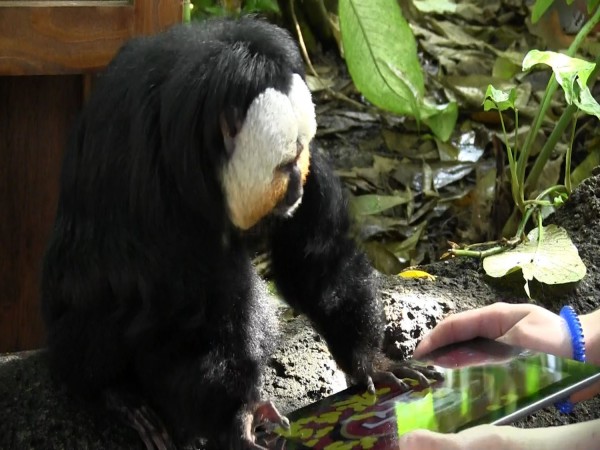 GALVESTON, Texas — With predictions flying in for the Super Bowl, the saki monkeys at the Moody Gardens Rainforest Pyramid joined in on the fun.

Using iPads as part of an enrichment program at Moody Gardens, the three saki monkeys all selected San Francisco to defeat Baltimore in Sunday’s game. Two of the monkeys selected made their selections by painting on the 49ers logo. The third showed his feelings on the game by placing unhappy faces on the Ravens logo.

NEW YORK — Fourteen-time Grammy(®)-Award winning singer-songwriter ALICIA KEYS will sing the National Anthem as part of Super Bowl XLVII pregame festivities at the Mercedes-Benz Superdome in New Orleans on February 3, the NFL and CBS announced today. The performance will be televised live on CBS prior to kickoff.

More than 111.3 million viewers in the U.S. watched last year’s Super Bowl, the most-watched television program in history. The pregame show and Super Bowl XLVII will be broadcast worldwide.

Keys returns to the Super Bowl for a third time, the most by any performer in Super Bowl history. She took the stage to sing “America the Beautiful” with 150 students from the Florida School for the Deaf and the Blind prior to Super Bowl XXXIX in Jacksonville on February 6, 2005 and then returned to perform as part of the Super Bowl XLII Pregame Show in Arizona on February 3, 2008. Keys’ latest album, Girl on Fire, recently debuted at number one on the Billboard album chart.

The NFL previously announced that BEYONCE, who performed the National Anthem prior to Super Bowl XXXVIII, will perform in the Pepsi Super Bowl XLVII Halftime Show. The pregame and halftime shows are an NFL NETWORK PRODUCTION and will be executive produced by RICKY KIRSHNER.

The National Football League has announced the five finalists for the 2012 PEPSI MAX NFL ROOKIE OF THE YEAR award.

Fans can vote for one of these five players on www.nfl.com/rookies through 9:00 PM EST on Tuesday, January 29 to determine the 2012 PEPSI MAX NFL ROOKIE OF THE YEAR.

The 2012 PEPSI MAX NFL ROOKIE OF THE YEAR award will be announced in New Orleans, the site of Super Bowl XLVII, at NFL Honors, a two-hour primetime awards special to air nationally on February 2, 9-11 p.m. EST on CBS.

The five finalists were selected for their outstanding performances throughout the 2012 NFL season.  Each week, five nominees were chosen for the Pepsi MAX NFL Rookie of the Week and NFL fans voted for the winner on NFL.com.  Those results were used to help determine the finalists.

A closer look at the finalists: 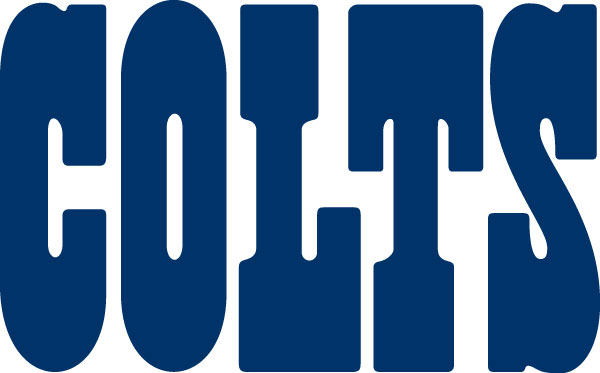 The 2013 opponents for the Indianapolis Colts’ 16 Regular Season games are as follows:

How The Opponents Are Determined

The scheduling formula implemented in 2002 with realignment guarantees that all teams play each other on a regular, rotating basis.

Under the formula, every team plays 16 games as follows:

Beginning in 2010, a change was made to how teams are paired in the schedule rotation to ensure that teams playing the AFC and NFC West divisions would not be required to make two west coast trips (e.g. at San Francisco and at Seattle), while other teams in their division had none (e.g. at St. Louis and at Arizona).

The official 2013 schedule, with playing dates and times, will be announced in the spring.

NFL Kickoff 2013 Weekend will begin on Thursday night, September 5, and the regular season will conclude on December 29. 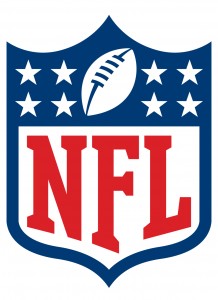 Spots 21 through 32 will be determined by the results of the NFL Playoffs.