The Indiana basketball program hasn’t had the best of weeks.

Well, maybe.  If you count Oladipo and Zeller moving on tothe NBA as a good move, then it’s been good.  If you count losing three players in a week, then no.  It’s been rough.

“Remy has been an outstanding citizen and a solid player for us the past two years,” said IU head coach Tom Crean. “He indicated to us that he would like to look to go to a program that has a different style of play and one where he can get more playing time.”

“Being at Indiana has been the best two years of my life,” said Abell. “I love the school, the program, the fans and I want to thank everyone for their support. The coaching staff has been great to me and I couldn’t ask to have had better teammates while I was here. I am going to miss everyone, but I just feel at this time a fresh start and new opportunities are what is best in following God’s plan for me.”

Far be it from me to question the Lord here.  And if Remy is following God’s call, best of luck to you Remy.

Abell averaged 3.5 points in 68 career games in two seasons with the Hoosiers.

IU sophomore center Cody Zeller is heading to the NBA. Is anyone else surprised?

Zeller becomes the second Hoosiers to leave school early. On Tuesday, teammate Victor Oladipo announced he, too, was entering the NBA draft.

Neither decision was a surprise because both are projected to be lottery picks in June.

Zeller, a 7-footer, could have left school last year but decided to return  for one more shot at a national championship. And let’s look at how that turned out…

Fact of the matter is to this reporter, I think we may see one more name graciously bow out and enter the draft.  Anyone else have any idea on who will follow Zeller and Oladipo?

Victor Oladipo is headed to the NBA.

Indiana University and junior guard announced the player’s decision to enter the NBA draft in a Tuesday afternoon news conference.

Many were speculating recently that Oladipo would enter the NBA Draft.  More than likely, the NBA Draft may be a bit soft, with fewer high-quality prospects than in other years.

IU coach Tom Crean took part in the announcement and had this to say about Oladipo:

“What  Victor Oladipo means to us, what he has meant to me and my family and our coaching staff… it’s really hard to describe it,” Crean said.

Crean added that Oladipo has earned his opportunity and it’s been a privilege for the coach to watch him develop to this point.

“Victor epitomizes to me what it means to have someone that deserves to have those options,” Crean said. “He didn’t have them handed to him … he went out and took them.”

Oladipo averaged 13.6 points and 6.3 rebounds a game this season. He also led the Big Ten in steals.

Oladipo will graduate from Indiana University in May. 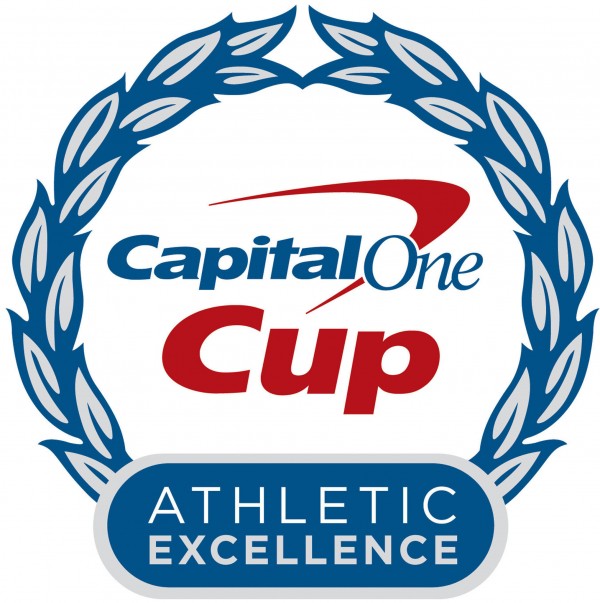 MCLEAN, Va. — The 2012-13 college sports season is heating up a sCapital One Financial Corporation, an official NCAA® Corporate Champion, announced the official fall standings for the Capital One Cup, which is awarded each year to the best men’s and women’s NCAA Division I athletics programs in the country. Tied for first on the women’s side are Penn State and North Carolina. The Nittany Lions earned points in three fall sports, turning in top 5 finishes in the final coaches’ polls in volleyball, soccer and field hockey. The Tar Heels rose to the top of the women’s standings after claiming 60 points for their NCAA soccer title, while also collecting points after their runner-up finish in the NCAA field hockey national championship. On the men’s side, there is a three-way tie between Alabama, Indiana and North Dakota State for the number one spot. Alabama climbed to the top after claiming its third national BCS title in four years while North Dakota State won the FCS championship for the second consecutive year. Indiana earned its first place Capital One Cup ranking after winning the Men’s College Cup.

Below are the official Capital One Cup standings for the 2012 -2013 fall athletics season, with the top 10 point earners (including ties) in men’s and women’s athletics listed. The complete standings can be found at www.CapitalOneCup.com.

Schools earn points based on their teams’ top 10 finishes in NCAA Division I championships and in final official coaches’ polls across 20 women’s and 19 men’s sports as they compete to win the Capital One Cup trophy and a combined $400,000 in scholarships for student-athletes. The Capital One Cup winners will be determined at the end of the spring season and honored at the ESPY Awards in July. Last year the University of Florida won on the men’s side and Stanford University claimed the women’s Cup – each for the second consecutive year. This is the third year of the Capital One Cup.