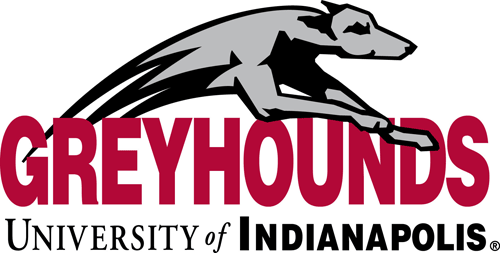 The IUPUI Basketball program will have a new home beginning in the Fall of 2014. The IUPUI Athletics Department and Indiana State Fair Commission have entered a partnership, allowing the Jaguars to host all home basketball games at the renovated Fairgrounds Coliseum, beginning with the 2014-15 season. The Fairgrounds Coliseum complex is currently undergoing an extensive, 22-month, $63 million renovation.

The initial agreement is a five-year deal.

“This is a great fit for the IUPUI basketball program and the Indiana State Fairgrounds,” Indiana State Fair Commission Chairman Andre Lacy said. “The Coliseum has a great basketball tradition, and hosting a successful NCAA Division I program will only add to that. We look forward to seeing the Jaguars raise championship banners here in the years ahead as the new era of the Coliseum begins.”

“The Coliseum will showcase Jaguars basketball and allow the community to see our terrific student-athletes playing in an outstanding facility,” IUPUI Chancellor Charles R. Bantz said. “What an opportunity to see NCAA Division I basketball!”

Upon completion, the Coliseum is expected to seat 6,814 guests for basketball and will include fully renovated locker rooms, a suspended state-of-the-art double ribbon video board and hospitality options throughout fully updated concourses.

“Once the new Coliseum opens in 2014, people are going to fall in love with it… again. It will still have its historic feel, but it will also have the modern amenities needed for today’s sports and entertainment events,” State Fairgrounds Executive Director Cindy Hoye said. “As someone who grew up watching the Pacers play here, I get excited just thinking about IUPUI starting a new tradition of basketball memories at the State Fairgrounds.”

Originally opened in 1939 as part of President Franklin D. Roosevelt’s Works Progress Administration, the Coliseum’s basketball history dates back to 1942 when the Indiana All-Stars defeated the Kentucky All-Stars 41-40 in the annual high school all-star game series. The Indiana Pacers called the Coliseum home from 1967-74 and garnered three ABA titles during that era.

IUPUI previously called the Coliseum home intermittently between 1975 and 1979, under the direction of former Head Coach Kirby Overman. The then-Metros went 6-1 at the Coliseum in 1977-78, led by 6-foot-3 guard Julius Norman’s more than 16 points per game scoring average.

The new partnership is an end result of mutual interest, expressed by both Hoye and IUPUI Director of Athletics Michael Moore.

“Last summer I contacted Cindy right around State Fair time and asked if she was interested in meeting to discuss our potential partnership. I knew that she and her staff were extremely busy and really expected to hear back after the Fair had ended,” Moore said. “She called me right back and said let’s meet now. That enthusiasm has carried itself throughout the process of arriving at an agreement.”

IUPUI will be a primary tenant within the facility, hosting all men’s and selected women’s games at the Coliseum beginning in 2014. In addition, the court and some permanent signage will be outfitted with IUPUI and Summit League logos throughout the facility. IUPUI will also have a team store located inside the Coliseum, providing another revenue stream for both sides.

IUPUI has played at its 1,215-seat on-campus facility since 1981, while also having played more than a dozen home games at Bankers Life Fieldhouse since 2004. Prior to the move to Division I, IUPUI also played home games at Chatard High School, Harry Wood Continuing Education Center, the Naval Armory and Market Square Arena.

The Indiana basketball program hasn’t had the best of weeks.

Well, maybe.  If you count Oladipo and Zeller moving on tothe NBA as a good move, then it’s been good.  If you count losing three players in a week, then no.  It’s been rough.

“Remy has been an outstanding citizen and a solid player for us the past two years,” said IU head coach Tom Crean. “He indicated to us that he would like to look to go to a program that has a different style of play and one where he can get more playing time.”

“Being at Indiana has been the best two years of my life,” said Abell. “I love the school, the program, the fans and I want to thank everyone for their support. The coaching staff has been great to me and I couldn’t ask to have had better teammates while I was here. I am going to miss everyone, but I just feel at this time a fresh start and new opportunities are what is best in following God’s plan for me.”

Far be it from me to question the Lord here.  And if Remy is following God’s call, best of luck to you Remy.

Abell averaged 3.5 points in 68 career games in two seasons with the Hoosiers.

James Whitford was introduced as the 19th men’s basketball coach in Ball State history at a Wednesday morning press conference in the Alumni Lounge at Worthen Arena.

Whitford addressed a packed room full of media, community members and fans by saying the passion that exists for Ball State basketball is one of the key reasons he was interested in coaching the Cardinals.

“The turnout here today speaks volumes for this job,” Whitford said. “I wanted to be the head coach at Ball State and I wanted it because of the atmosphere like this. There is incredible passion for this program. I’ve seen it, I’ve felt it.”

The 41-year-old Whitford is familiar with Ball State from his time as an assistant at fellow Mid-American Conference program Miami University and has experienced excitement in Worthen Arena.

“When the Ball State job opened up, my mouth was watering,” Whitford said. “I was itching in my seat to get the job.”

He is now stepping into his first head coaching job, but he is not light on experience. His hand in helping to create success at three previous assistant coaching stops, along with his reputation as a proven recruiter and his enthusiasm for the position, made him the choice for Ball State.

“We scoured the country,” Scholl said. “We did truly go coast to coast, and I have to tell you the interest in this job was off the charts. This is a very exciting day I am thrilled about the days and weeks and months and seasons ahead of us.”

Most recently, Whitford served four years on the staff at the University of Arizona, including the past two as the Wildcats’ associate head coach. But he helped produce success long before his time in Tucson. He also served as an assistant coach at Miami and Xavier before following then-Musketeers’ head coach Sean Miller from Xavier to Arizona.

With those three schools combined, Whitford was on the staff for 12 teams that played in the postseason, including nine that made the NCAA Tournament. Over his past nine seasons as an assistant coach, he has made the postseason eight times.

In his eight years combined between Xavier and Arizona, Whitford helped his teams post an overall record of 199-78 for a .718 winning percentage.

Whitford has also learned under some top coaches from Herb Sendek and all-time MAC wins leader Charlie Coles at Miami to Miller at Xavier and Arizona. He has also worked alongside numerous assistants who have gone on to be head coaches.

“I have been fortunate to be with some of the best coaches in the country and have learned a tremendous amount from each,” Whitford said. “I think the combination of the great coaches I have been around and the great teams I have been a part of has put me in position to be ready for this challenge here at Ball State.”

Wednesday was a day heavy on introductions for Whitford, who met with Ball State athletic department members earlier in the morning. After the press conference, he headed off for a lunchtime session on campus to meet with students. He was then scheduled for an appearance Tuesday evening at the downtown Muncie YMCA to meet with community members.

A day earlier, Whitford met with his new team for the first time. He inherits a program that loses just two seniors — Jauwan Scaife and Zach Fields — from a team that finished 15-15 overall (8-8 MAC) this past season. The Cardinals have five seniors on the roster for next year.