Since 1991, the United States has provided safe haven for Liberians who were forced to flee their country as a result of armed conflict and widespread civil strife, in part through the grant of Temporary Protected Status (TPS). The armed conflict ended in 2003, and TPS for affected Liberian nationals ended effective October 1, 2007. President Bush then deferred the enforced departure of those Liberians originally granted TPS. President Obama, in successive memoranda, extended that grant of Deferred Enforced Departure (DED) to March 31, 2018. President Trump then determined that conditions in Liberia did not warrant a further extension of DED, but that the foreign policy interests of the United States warranted affording an orderly transition period for Liberian DED beneficiaries. President Trump later extended that DED transition period through March 30, 2020.

In December 2019, the Congress enacted the National Defense Authorization Act for Fiscal Year 2020 (Public Law 116-92) (NDAA), which included, as section 7611, the Liberian Refugee Immigration Fairness (LRIF) provision. The LRIF provision, with limited exceptions, makes Liberians who have been continuously present in the United States since November 20, 2014, as well as their spouses and children, eligible for adjustment of status to that of United States lawful permanent resident (LPR). The NDAA gave eligible Liberian nationals until December 20, 2020, to apply for this adjustment of status. After the enactment of the LRIF provision, President Trump further extended the DED transition period through January 10, 2021, to ensure that DED beneficiaries would continue to be eligible for employment authorization during the LRIF application period.

The LRIF application process was hampered by a slow launch, cumbersome procedures, and delays in adjudication. Recognizing these difficulties, the Congress enacted a 1-year extension to the application period in section 901 of the Consolidated Appropriations Act, 2021 (Public Law 116-260). That legislation, however, did not provide for continued employment authorization past January 10, 2021, the expiration of the most recent DED transition period.

There are compelling foreign policy reasons to reinstate DED for an additional period for those Liberians presently residing in the United States who were under a grant of DED as of January 10, 2021. Providing work authorization to these Liberians, for whom we have long authorized TPS or DED in the United States, while they initiate and complete the LRIF status-adjustment process, honors the historic close relationship between the United States and Liberia and is in the foreign policy interests of the United States. I urge all Liberian DED beneficiaries to apply promptly for adjustment of status, and I direct the Secretary of Homeland Security to review the LRIF application procedures administered by United States Citizenship and Immigration Services to ensure that they facilitate ease of application and timely adjudication.

The Secretary of Homeland Security shall promptly direct the appropriate officials to make provision, by means of a notice published in the Federal Register, for immediate allowance of employment authorization for those Liberians who held appropriate DED-related employment authorization documents as of January 10, 2021. The Secretary shall also provide for the prompt issuance of new or replacement documents in appropriate cases.

This grant of DED and continued employment authorization shall apply to any Liberian DED beneficiary as of January 10, 2021, but shall not apply to such persons in the following categories:

(2) Individuals who sought or seek LPR status under the LRIF provision but whose applications have been or are denied by the Secretary of Homeland Security;

(3) Individuals whose removal the Secretary of Homeland Security determines is in the interest of the United States, subject to the LRIF provision;

(4) Individuals whose presence or activities in the United States the Secretary of State has reasonable grounds to believe would have potentially serious adverse foreign policy consequences for the United States;

(5) Individuals who have voluntarily returned to Liberia or their country of last habitual residence outside the United States for an aggregate period of 180 days or more, as specified in subsection (c)(2) of the LRIF provision;

(6) Individuals who were deported, excluded, or removed prior to the date of this memorandum; or

(7) Individuals who are subject to extradition.

Accordingly, I hereby direct the Secretary of Homeland Security to take the necessary steps to implement for eligible Liberians:

(1) a deferral of enforced departure from the United States through June 30, 2022, effective immediately; and

The Secretary of Homeland Security is authorized and directed to publish this memorandum in the Federal Register. 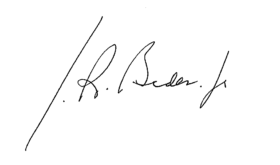