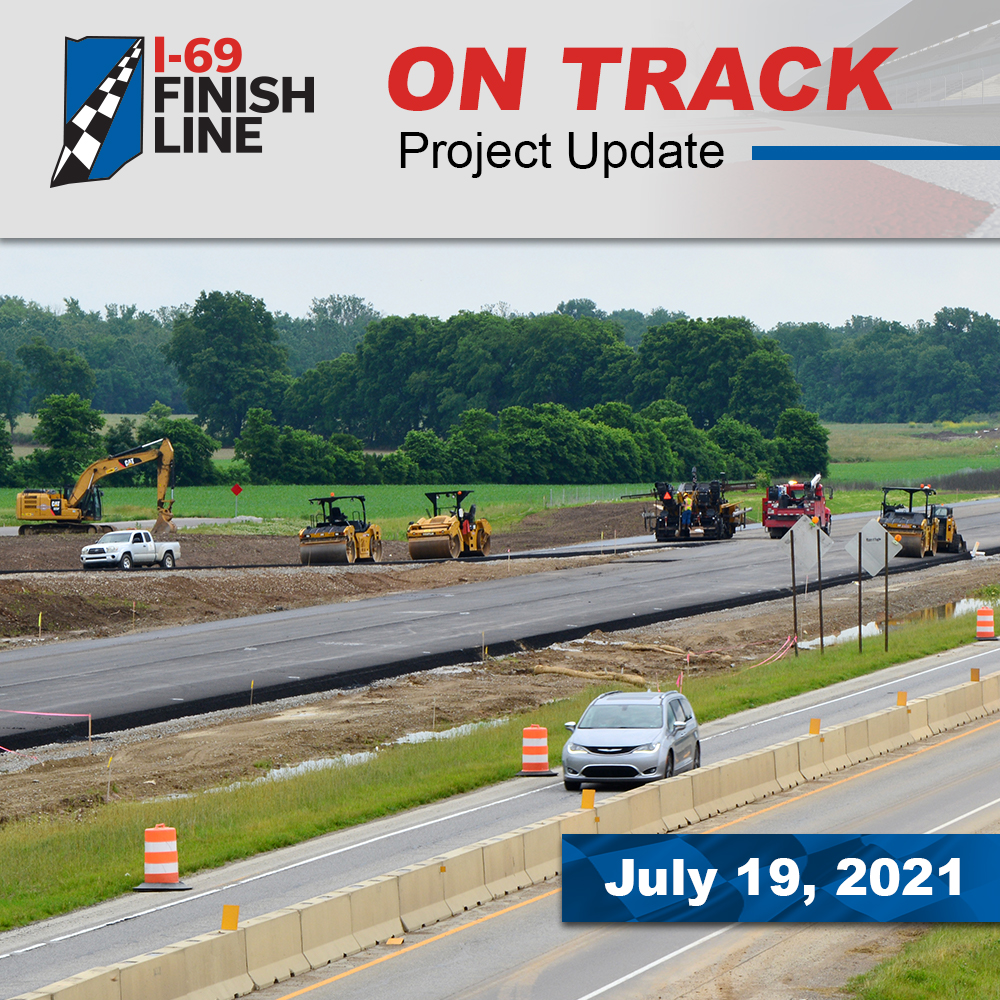 Although State Road 37 is closed to all traffic in Martinsville, many other roads are being built one portion at a time to maintain local traffic access. We’ve hit a few milestones for I-69 construction that mean some changes for drivers in Morgan County.

On Saturday, the new S.R. 44 bridge over the future I-69 opened to traffic and S.R. 37 southbound was shifted to new pavement and bridges from S.R. 144 to Henderson Ford Road. A new alignment for Ohio Street near S.R. 37 is expected to open late today or tomorrow. These changes allow I-69 construction to progress in Martinsville and Morgan County.

With I-69 construction stretching across three counties and 35 miles of highway, traffic patterns can change frequently. It’s important for drivers to stay alert, pay attention to roadside signs and reduce their speed.